Social mobility and me 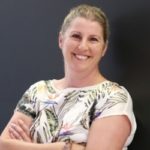 Here patent attorney Gemma Christie, who works at Keltie, shares her story. She tells us how hard work and determination allowed her to access a high-flying career from a relatively low-key start.

I have had something of an interest in social mobility for a fair while now, but it has only recently occurred to me that this is probably because I myself have been socially mobile. I know it sounds daft to say that I hadn’t noticed my own social mobility, but I had never really considered myself and my career in the context of my background. Now don’t get me wrong, I don’t come from the most deprived parts of inner city UK, and I am not discriminated against because of my name, skin colour, accent or race. Nonetheless, my brother and I are the first generation of my immediate family to have gone to university, something that I have recently become aware is a measure of social mobility.

As I mentioned in a previous article, when I was born my mother was a part time secretary and my father was storeman in a local factory. Neither left school with any qualifications, in my father’s case, not least because his family needed him to go out and earn a wage. My mother did very well in her career becoming a qualified finance and insurance professional by the end of her career. She was certainly socially mobile (although I’m not sure that label existed at the time – certainly not in her world).

My parents were very supportive of me and my brother, but they never pushed us academically. There was really no expectation that we would do anything other than get a job locally and have a family as they had done. I am certainly not criticising anyone who follows that path, and I would happily see my own children follow that route. My point is that there was no pressure put on us to achieve outstanding academic results or high flying careers.

I had the good fortune of attending one of the many excellent state schools that we have here in the UK. A school that mentored students and parents alike through the university application process, encouraging those with potential to apply to top universities. My best friend’s sister had gone to Oxford a few years earlier and we spent a weekend there with her early in my lower sixth year. That was it, noting else would do, I wanted to go to Oxford.

Fortunately for me (as I now realise), I was a state school girl studying maths, physics and chemistry at A-level who wanted to be an Engineer. It has taken me a long time to admit this, but I believe now that my place at Oxford probably was, at least in part, a “diversity hire”. Ten years ago I would never have admitted that this was even a possibility as I absolutely believed that positive discrimination was demeaning to the recipient and unfair to those discriminated against. Whilst it is not true to say that I am now a fully paid up supporter of positive discrimination policies, I can see that it is very hard, if not impossible, to change the status quo without them. On paper, there probably were “better” candidates with four or more A-Levels. My school, although excellent, did not have the resources, experience or number of high calibre students to effectively support any student taking any more than three A-levels. So how could I ever compete if not for positive discrimination, or at least some recognition of my relative disadvantage to students coming from well resourced private schools brimming with academic talent.

To say my first three years at Oxford were hell is…well, an overstatement actually. But I did find it incredibly hard, particularly the maths in my first year as I had not done further maths at A-level. To be fair to the Engineering Department, they did try to bring those of us without further maths up to the required level, but this basically involved covering the whole further maths syllabus in one (8 week) term. It was too much and too hard. I had gone from being one of the smartest kids in my year at school (with the ego to match) to what felt like a total failure. It was awful. The moral of this story is be careful what you wish for (I should have paid more attention to Carol Decker in the ’80s).

Thanks to the help of my truly wonderful angel of a friend Claire, I managed to pass three of my four preliminary examinations at the end of my first year, predictably failing maths. I went on to spend the summer working as a part time care assistant* for my friend’s mother’s home-help agency and studying for my maths re-take.

As it turns out, as these things often do, this was absolutely for the best. By spending the summer studying I brought my maths up to the level it needed to be for me to carry on with the course. Had I just scraped a pass the first time around, I would have struggled desperately for the rest of the course. But what has been more important to me in the long run is the fact that I failed at all. I had never failed anything before (not even my driving test); it was a new and devastating experience. I honestly thought the world had ended. With time and support from family and friends (and tutors) I came to see that it was not the end of the world, and I had another chance if I wanted to take it. It was both a wake-up call and one of the most important lessons that I have ever learnt.

After sending off around twenty-five applications to various firms, I was slightly horrified to find that not one had invited me for interview (this is a very common tale for those seeking their first patent position). Fortunately for me, I was still in contact with my mentor from my first engineering job (we got on well and had remained friends) and I mentioned to him that I was thinking about becoming a patent attorney. He had been an expert witness some years earlier for a partner at a patent firm and offered to put in a good word for me. This he did and I was invited for interview and subsequently offered a job. Had it not been for this route into the patent profession, I honestly don’t think I would have made it. The moral of this tale is NURTURE YOUR NETWORK (this bears the shouty bold capitals).

Little did I realise at the time, but failing my maths exam in my first year at university was to stand me in good stead in my patent career. Patent attorneys are largely very clever very accomplished people who have never failed anything in their lives. However, the pass rate for the patent attorney final qualification exams is relatively low. I have seen this play havoc with people’s confidence as it is often their first experience of failure. I honestly think my success in my patent exams was not only down to hard work and study (of which there was a lot), but also to the fact that I knew failure would not be the end of the road, and that I would be able to pick myself up and have another go if I needed to.

I’m now a senior Patent Attorney in private practice having spent six years in industry between private practice jobs. It’s a job I love (mostly), but one I had never heard of before about the age of 24. I do feel that I have moved socially, not enormously, but some. I certainly earn more than my parents did combined. Sorry to be crass, but it’s a measure.

Four years ago I joined the Board of Farnborough College of Technology as a non-executive director. The college does amazing work offering second chances to those who have not found success at school, or who have matured and realise that now is the time to get some qualifications and a better job. I honestly love the place and will be devastated when I have to leave after my maximum eight year term. The college serves far more disadvantaged communities than the one that I come from, but I nevertheless feel a sense of solidarity with people who are using the resources available to them to achieve the best out of life.

I also recently volunteered with the Careers in Ideas arm of IP Inclusive with the aim of championing social mobility within my own profession. As I said, things are changing for the better but there is much work that still needs to be done.

*A story for another day