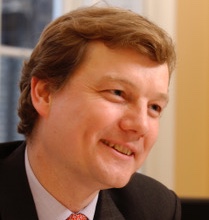 “I went to a state school. The idea of becoming a lawyer was not on my radar until well after I left university. There were no lawyers in my family.

My degree was in metallurgy and materials. I intended to go into research, but university cured me of that idea. I got a job as a computer programmer. At the time the idea of a profession like accountancy or law looked very dry and involving more, endless, exams. But after a couple of years my friends who had gone down that path were coming near the end of it and it didn’t seem so bad after all.

I approached people in the law and they encouraged me to look at IP law because of my science background. Taking their advice was a good decision because IP is so fascinating. So much of what goes on in the world has an IP dimension – whether it is with branding, creative industries, product design or the cutting edge of science and technology. So I did the law conversion course and became an IP barrister.

After 20 years arguing cases I left the bar to become a judge.   Arguing cases and deciding them are both difficult but rewarding. As a barrister I was lucky enough to represent all sorts of clients from small businesses and individuals to big multinational pharmaceutical companies. They are not so different. As a judge the reward is public service. The rule of law matters and we all need to play our part in it.   But the most important feature of IP as a place to make your career is the unstuffy nature of the people you meet. That beats everything else.”