Pride Month 2020: A safe space in the IP Profession

This post is part of a series of personal stories, each from an LGBTQ+ person who works in the IP profession. Click here to read the last story.

This week, we are sharing the experiences of J, who works in an administrative role in a private practice. 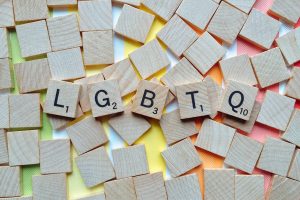 June is Pride Month around the world. It all began in June 1970 in Chicago, New York, Los Angeles and San Francisco with marches to both commemorate the Stonewall uprising and to promote greater awareness and self-dignity for the LGBT+ community, but now, in its 50th year has become much more. It has provided countless people with a truly safe space once a year where they can relax and be accepted, no matter who they are.

I am a gay man working on the administrative side of the IP business. I think I am unusual in this regard, as administrative roles in the IP industry are still typically fulfilled by female staff. I have worked for two large firms within the industry, both with different cultural backgrounds, and feel that I have a relatively broad perspective from which to draw upon. I can honestly say, that in comparison to other fields in which I have worked, I have never felt more comfortable among my co-workers on all levels of the business.

When I joined my current firm, I was pleasantly surprised by how quickly I integrated. Of course, having prior experience in the field helped with this, however, it was more than that. In other jobs and fields, when my co-workers found out that I was gay, I was treated differently. Not badly, just differently – it was subtle, but my sexuality became part of my identity, and my personality. This may be a familiar story to many people, and, like me, many people may not have even realised that it was happening – until it stops. After settling into my current role, however, I found that among my new co-workers there were no assumptions. Instead of asking what gay bar I may have gone to over the weekend, my new co-workers would simply ask “Did you do anything nice?”

“I believe the IP world offers a similar safe space and sense of belonging, albeit on a smaller scale, as Pride. “

In every societal group there are varying opinions, personalities and tastes. In the LGBT+ community it is no different. Some people like to be out and loud and sitting atop the floats in pride parades, golden sequins glittering in the sun. Those people may not mind, and may even enjoy the fact that they are treated differently or uniquely for being gay, but what is often forgotten is that there are just as many who may be subconsciously uncomfortable with the idea.

Whoever you are, or however you identify, I have found that working within the IP profession you have the option to be who you are with no judgements and no expectations. People within the IP industry are open-minded, logical and fair, and in this world, that isn’t nearly as common as it should be. I believe the IP world offers a similar safe space and sense of belonging, albeit on a smaller scale, as Pride.

Whoever you are, wherever you are from, I wish you a healthy and happy Pride Month. Stay safe.